The Science Behind Amazing Brains

There is SO much research to support brain training that we can’t even begin to list it all here. There are over 700 scientific studies to back it.

Neuromodulation, neurofeedback, and biofeedback are likened to an exercise training program, much like physical therapy for the brain as a slow, gradual process of change.  75-80% of patients are able to clinically improve their symptoms by over 50%. Many patients are able to completely eradicate their conditions including anxiety, depression, enuresis, attention issues.  Depending on the severity of some conditions, symptoms may be completely eradicated or symptom presentations may show great improvement including stroke rehabilitation and traumatic brain injuries.

We focus on Flow

Flow is when we feel our best and perform our best. It has three main characteristics: it is effortless, selfless, and timeless.

Think about a time where time slipped away; maybe it was at work, with a friend, reading a book, or playing outside. This was most likely because you were in a flow state.

At Amazing Brains, we emphasize the importance of flow states because you are performing and feeling your best when you are in Flow. 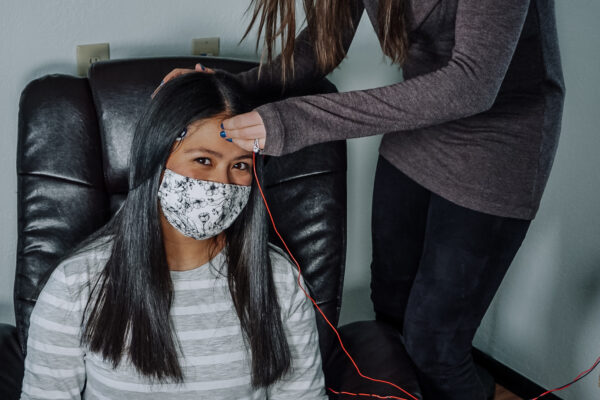 We use flow to…

Are these numbers real?

Yes, and it’s the research and understanding of how we can activate flow states is only getting better.

Want to learn more about flow?

We help you improve: Find Solutions

What exactly is a Brain Map?

What we do to help

We use state-of-the-art equipment to assess the health and balance of your brain and nervous system to see what needs to be stabilized and what is blocking you from feeling and performing your best.

Brain mapping involves the use of a 19 channel Quantitative Electroencephalogram (QEEG). We look at the brain’s resting state and how it responds to stimuli in the environment. This can help us identify patterns of stress, fear, lack of focus, overthinking, and old injuries. We see this in brain electrical patterns, activation of different networks. When we see these patterns, our team creates a custom program for you to follow that will boost your time inflow and help you break through your patterns of struggle, feeling stuck, and overworked.

We also use a variety of neurocognitive assessments to track your progress and see your strengths and weaknesses when it comes to focusing, memory, reasoning, and impulse control. This, coupled with the QEEG and your goals, creates a roadmap for you to create rapid success and changes in your life.

One of the things we’ve learned over the years is that there is a specific tool that works for everyone.

Neuromodulation is a technology that acts directly upon nerves. It is the alteration—or modulation—of nerve activity by delivering electrical or pharmaceutical agents directly to a target area.

Micah wrote the book on Neuromodulation. Buy his book now. 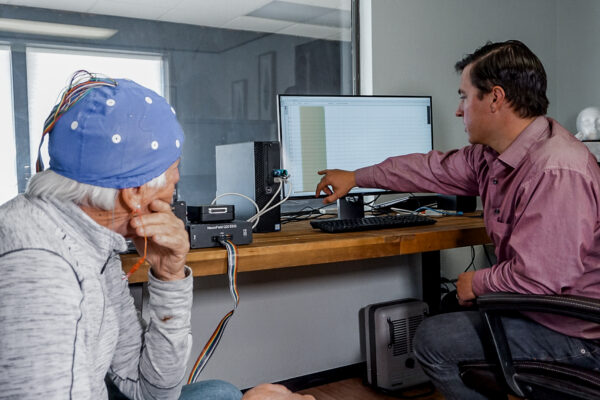 Neurofeedback is biofeedback for the brain. The training tends to improve cognitive function, attention, mood, anxiety, and behavior. It helps quiet the mind. It is painless and generally has no side effects.

Some examples of goals Neurofeedback could help you improve are: 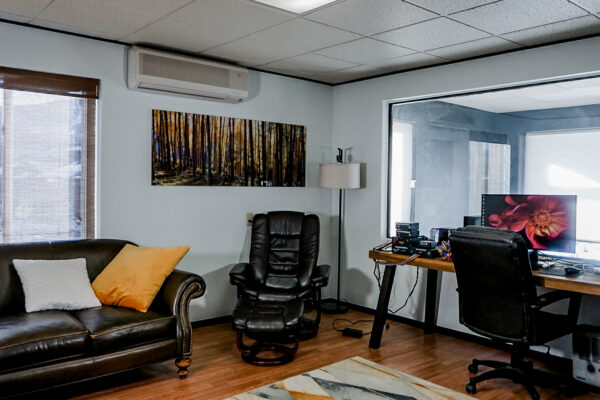 We use neuromeditation as a brain-based principle that helps the practice of meditation. In general, meditations generally fall into one or more of four categories: Focus, Mindfulness, Open Heart, and Quiet Mind. 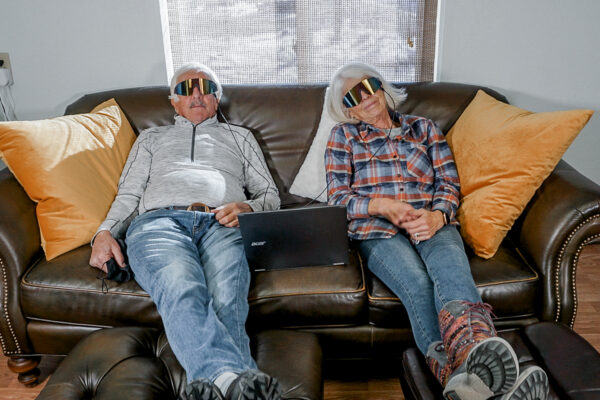 Biofeedback is a treatment we utilize to help clients improve brain functioning and learn to control bodily processes like blood pressure or heart rate. It is a mind-body technique that involves visual or auditory feedback. We use this treatment plan to help alleviate symptoms of high blood pressure, stress, headaches or migraines, general pain, and sometimes, anxiety.

How does it all work?

Neurofeedback works by measuring an individual’s EEG that are recorded and communicated to the patient to facilitate improvement in neural communication.  Recognizing that an individual’s arousal is vulnerable to the patterns of neuronal oscillations (repetitive neuronal activity) these oscillations are measured through the use of an electroencephalogram, which measures brain waves also known as signal frequencies.

With Operant Conditioning as the mechanism of action, neurofeedback is conducted by placing electrodes on the scalp that measure brain waves in real-time. Instantaneous feedback is provided to the subject allowing the influence of brainwaves.

Understood as reconditioning and retraining brain waves (Hammond, 2011), the patient is provided with feedback reinforcing a pattern the clinician has preset.  There is no input of electrical activity in the brain, only recording and sending surface electrical data back to the trainee.

Brain waves occur at various frequencies. Some are fast, and some are quite slow. There is no bad or good wave. But, if we have too much of one or the other, the imbalance can negatively affect us. We look at four different waves, Delta, Theta, Alpha, and Beta, and we use neurofeedback therapy to create balance.

The Delta wave is the slowest of frequencies and is experienced in deep, dreamless sleep, and in very deep, transcendental meditation. Among other things, deep sleep is important for healing and is directly linked to positive health.

Theta waves are present during deep meditation and light sleep, including the all-important REM dream state. It is experienced only momentarily as you drift off to sleep from Alpha and wake from Delta. Theta waves are where researchers believe we experience vivid visualizations, great inspiration, profound creativity, and exceptional insight.

Alpha waves are present in deep relaxation and usually when the eyes are closed, slipping into a daydream or light meditation. With alpha waves present, the mind can prepare for success and heighten imagination, visualization, memory, learning, and concentration. Some researchers believe alpha waves are the gateway to the subconscious.

Beta waves are associated with normal waking consciousness and a heightened state of alertness, logic, and critical reasoning. While Beta waves are important for effective daily functions, they can also translate into stress, anxiety, and restlessness.

Interested in any of these solutions? Schedule a 15 minute consult, today!

Are you interested in more science behind what we do? Here’s a list of resources and studies!

Check out our blog for more information