We are so excited to bring you the Amazing Brains Podcast– full of information and interviews about how to live your best life and the science behind our work.

On our podcast, you can learn:

APPLY TO BE ON THE PODCAST

In this episode, Micah sits down with Joe Howdyshell, coach of Summit Endurance Academy. In the show, they talk about human peak performance, and creating habits and processes around values. 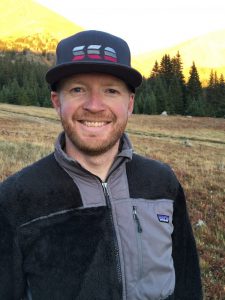 Joe Howdyshell grew up in the Rocky Mountains of Wyoming competing in cross country running, cross country skiing, and track. College found him at the United States Military Academy at West Point, where he represented the Army Black Knights in cross country running, indoor track, and nordic skiing. It was here that he found his love for coaching. After leaving West Point to pursue athletic opportunities, he attended the University of Wyoming and graduated with an MS in Exercise Physiology in 2009. A professional coach since 2006, Joe founded the Summit Endurance Academy in 2013 to facilitate athletic achievement in the Colorado High Country. Joe currently lives in Breckenridge, CO, coaches full time, and enjoys crushing mountain races in jorts.